Working through a 12-step recovery program gave me the opportunity for some incredible insights about my motivations, which was both good and bad. The bad, was waking up to my own harmful behavior. The good, was learning about the present circumstances and family of origin issues that were leading to that behavior. Even better was intimately learning about other people and what was leading them to their harmful behavior. The common theme I was able to realize was this – when an addict says or does something hurtful to another it is NOT about the other. It is about the distorted reality going on inside the mind of the addict.

Later, I came across the wonderful book “The Four Agreements” by Don Miguel Ruiz. Turns out the second agreement is – Don’t take anything personally. In the book, Ruiz said pretty much everything we do to each other is about what is going on in our mind and not about the other person.  What I got out of the book was that we all form our own realities in our minds. Our actions are based on our personal interpretation of the world and what is going on with us. This insight has allowed me to be a much happier person because if someone says or does something to me I don’t like, I don’t have to make it worse by taking it personally and feeling hurt or getting angry. Keep in mind; I did not say it was easy not to do this just that I don’t have to.

What does this mean? It means I have an opportunity to see the actions of others in a completely different way. For instance, let’s say I am driving and someone cuts me off. My habitual go-to reaction is to assume they don’t care about me or my rights on the road and then get hurt and angry about it. Or perhaps I can assume they are stupid and their stupidity is inconveniencing me and get angry about that. In any case, whatever I come up with is just a story I am making up in my mind that I am choosing to get upset about. But what is the reality? The reality is I have no clue what is going on with the other person and why they did what they did.

So what might actually by going on with this person? Well, it could be all kinds of things. Perhaps they are late for work or a job interview. Perhaps they are distracted, hungover, or sick. Or perhaps they just received a shocking phone call like my wife did one day. I use to ride motorcycles. One day while I was out riding, my wife received a phone call from who she initially thought was me.  She quickly learned it was from a police officer who told her, “Your husband has been in an accident. He is unconscious, but still breathing. He is being taken by ambulance to Parkland Hospital. Can you meet him there?”  I was not with my wife; however, I am pretty sure she was not driving as safely, courteously, and as respectfully of her fellow drivers as she normally does. If I happen to get cut off by someone and I am somehow able to know something like that is going on, instead of being angry I will be filled with compassion and sympathy for them.

Of course, I can’t know what’s actually going on with people around me. Instead of assuming they are angry,  out to get me, or think  I’m  defective,  I can choose to  assume it doesn’t have anything to do with me, and not take it personally. Like I mentioned in my previous post about Forgiveness, this doesn’t mean I condone the behavior I see or receive. It simply means I don’t get angry or hurt about it.

This is one of my favorite tools and I try to use it in all aspects of my personal and business life. I have found it makes forgiveness much easier. It can even eliminate the need for forgiveness if applied early enough.  As a business owner, this tool has been especially helpful.  When I remember not to take the words and actions of my customers, employees, and vendors personally, the happier and more successful I am with my business. I will share more about this on a later post. Like any tool, it only works when used and it takes practice for me to remember to use it.

Thank you for sharing!

After my dad read this he gave me a great quote: “Life is a matter of mind over matter, if you don’t mind it doesn’t matter.”

Mark, if you enjoy learning the sources of such quotes, here’s the origin of that one: https://quoteinvestigator.com/2012/12/18/age-mind/ (learned quite a bit from this!).

Very cool thanks Nancy, and thanks for that resource!

So true, Mark — remembering that we’re all on our own journey helps me to remember not to take it personally.

Years ago I encountered a very rude cashier in a department store. As she started in on me as she had done to previous customers, I sarcastically said, “I’m so sorry you’re having such a bad day.” She looked at me and burst into tears, telling me how yes, she was having a horrible day and it was taking everything she had to hold it together! Then, she thanked me for noticing and became very nice and helpful. ::shock:: Yes, that taught me that we never really know what another person is dealing with. It’s almost never about us.

Great story Nancy! Yes, when we can offer compassion instead of react that is when the magic can happen.

[…] last week’s post, Don’t Take Anything Personally  I talked about not taking others words and actions personally. Like many helpful concepts, it is […] 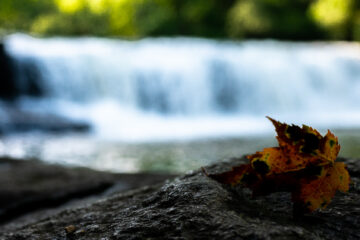 I see plenty of unsettling things occurring on the planet right now. I believe this is just humanity growing. Often before I have changed and matured I had to see my old ways fail me Read more… 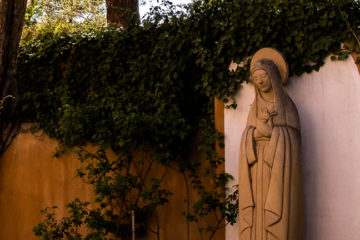 Forgiveness is Not About the Abuser

Forgiveness was a critical tool during my recovery and growth. Years later, it is obvious to me it was a tool for my healing, not something for those who had wronged me. I was also Read more…